If your Sacramento home or business has an existing VCR/Tape Based CCTV System, consider an easy upgrade to an Internet Accessible DVR or NVR security system. In most cases you can keep the existing CCTV cameras and cabling and just replace the VCR with a state of the art DVR or NVR. Call today at (916) 550-4386 or Request a Quote.

Types of Security System Installation we Provide  in Sacramento

We service residential and commercial customers in Sacramento. Some of the types of buildings we install security cameras include:

5 reasons why you should choose us to do your security camera installation Sacramento project today.

Regardless of the category you are in, we can help you. Just give us a call and we will consult with you for free and help you install your security camera systems.

Video surveillance technology is a powerful deterrent to internal theft. It can provide evidence and protect you from fake claims that would other wise end in a law suit. Mr Surveillance provides state-of-the-art solutions for home security in Sacramento that are as advanced as our IP technology.

Through our direct partnership with Mr HomeSecurity we are able to offer SavvyTech Security products at wholesale prices. This is one of the reasons that we can offer our security camera installations in Sacramento at such a low price. Call us today at (916) 550-4386 or request a quote for more information on how to get started with your surveillance installation. Check below for sales on security cameras going on right now.

For our Sacramento customers we offer a full line of DVR’s, NVR’s, CCTV security camera products at Internet level pricing from a trusted Manufacturer with over 10 years designing and deploying security products. We offer technical support on all products so if you want to DIY do it yourself we will be here to help you all the way through your security installation.

Our large selection of CCTV cameras and security equipment ensures that we have the products you need to keep your commercial business safe and secure. From a single home to a multi-location nationwide chain of retail stores, we have the security products that are right for you and your business.

If your Sacramento facility has an existing VCR/Tape Based CCTV System, consider an easy upgrade to an Internet Accessible DVR or NVR. In most cases you can keep the existing CCTV cameras and cabling and just replace the VCR with a state of the art DVR or NVR. Call today at (916) 550-4386 or Request a Quote.

One company for all your networking needs.

As security camera installations become more prevalent, it’s vital to choose the proper camera finest application. Use the following like a reference guide around the types of cameras out there and some of the key features for your upcoming installations.

Beyond this list, there are many other names that cameras are called, but most of those are related to the application in which the unit will be used vs. the sort of camera (i.e., nanny cam, front door cam, elevator cam, license-plate cam, etc.). Other references refer to housings, such as weatherproof, tamper-proof, etc.

Dome cameras obtain their name from the dome-shaped housing by which they sit. These housings are built to make the cameras unobtrusive… not hidden or covert. The typical application are retail stores, where the camera is designed to be unobtrusive and still visible. These units serve a combination: “bad guys” will know the facility will be watched and patrons will feel safe knowing the facility is protected. Units that allow the camera to spin quickly inside housing are often called “speed domes.”

A bullet CCTV camera is often a wall-mount or ceiling-mounted unit that’s typically designed for indoor use, but tend to also be fill some outdoor applications. The camera derives its name looking at the sleek, thin cylindrical shape. Many bullet cameras also tout themselves being waterproof. The camera just isn’t typically designed to have pan/tilt/zoom control but instead to capture images coming from a fixed area. Being used mounted pointing at the particular area.

It’s clock… it’s a smoke detector… it’s motion sensor. The true answer is none of the above. These are merely some of the disguises for covert cameras. Naturally, covert cameras can be characterized by conventional cameras placed in discreet locations.

These tiny cameras are very well suited for desktop use for Skype as well as other low-resolution teleconference applications.

The main element to outdoor cameras is the housing itself, which should be impenetrable to all moisture, dust, insects and other elements.This allows the camera to be stationed outside without concern. These cameras are perfect for parking lots, or exterior surveillance.

These night-vision cameras manage to see images in pitch black conditions using IR LED’s. Occasionally they are for mobile applications. Infrared cameras are complete with heat imaging ability. These cameras provide the owner complete peace of mind even in the midst of the night.

A camera using a varifocal lens allows the operator to zoom in or out while still maintaining focus on the image.

Day/night cameras atone for varying light conditions to permit the camera to capture images. They are primarily used in outdoor applications in which the security camera is positioned with an outdoor parking lot, for instance. In many cases, units are dubbed as using a wide dynamic range to perform in glare, direct sunlight, reflections and strong back light 24/7.

These cameras, both hardwired and wireless, transmit images on the internet, often compressing the bandwidth in order not to overwhelm the web. IP cameras are much easier to install than analog cameras as they do not require a separate cable run or power boost for you images over a longer distance.

Ultra high-definition cameras in many cases are relegated to niche markets, such as casinos. These provide the operators the ability to focus with extreme clarity (to think about poker players, for instance, who might have something up their sleeve). Previously, these cameras were tube-based analog cameras, but with today’s digital technology analog has been displaced. The cameras also can transmit their images using HD CCTV.

Pan / Tilt / Zoom cameras supply the surveillance operator to be able to move the camera left or right (pan); up and down (tilt); and zoom the lens farther or closer. These are related to surveillance situations its keep is an actual live guard or surveillance specialist monitoring the photographs. There are cameras which have automated pan/tilt/zoom functionality in which the camera is moving forward a timed basis. They’re many times used to cover an extensive area with only one camera, as well as to avoid poor light conditions, for instance a setting sun. 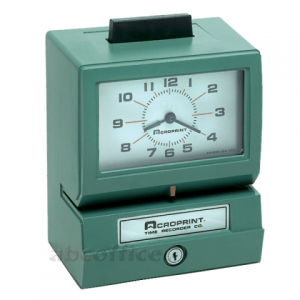 Time clock systems are an important part of any business monitoring your employees so that their paychecks are accurate is very important. Over the years the systems have become more advanced and include many additional features. Call us for more details and to find out what time clock system is right for your business. (916) 213-9904

One of our major focuses at Mr. surveillance has been how to automate business tasks. One of those tasks is your weekly payroll. With a modern time clock system that has been integrated into your surveillance system can display your employees as they clock in and out.

The automation of this weekly task can eliminate a massive amount of hours of your bookkeepers time. Typically from installing a time clock system you can reach your ROI for the system in a matter of weeks.

Call us at 916-213-9904 to learn more about modern time clock system installations and which system is right for your business.

Mr Surveillance is the best security service installation company in the Northern California area. For several years we have provided Business Owners and Home Owners in City of Sacramento and Surrounding areas with surveillance and security solutions or personal protection products. Our goal is to provide the best professional installations and services for IP security cameras, network remote access, commercial access control systems, security video surveillance systems, wireless security cameras and home security alarms for all residential and commercial properties. We are leading service provider of hi-tech surveillance systems across Northern California by exceeding our customers expectations of quality service at a great price. With years of experience Mr Surveillance has serviced several hundreds of Residential Homes and Commercial Business locations in the Greater Sacramento Area. We create a secure environment at your property through the installation of surveillance equipment. We are fully prepared to educate you on the operation of your system as well as integrate your system in to your network . We install anything from a nanny cams to a 100 channel NVR system. Maybe you need a hidden camera, in which case you may want to check out our page on Nanny cams or hidden cameras for your surveillance needs. We will assist in the installing of hidden camera surveillance systems in to your home an help protect your family or business. Mr Surveillance is here to provide professional installation and knowledge when installing your new camera system; The best place, position, angles to install your security cameras and DVR system. We are able to integrate several property’s and systems into one network allowing you to monitor all of your systems in one dashboard. Mr Surveillance is an quality security provider, with custom cutting edge technology designed to protect to your office or home. We bring the future of IP security to your life and it all starts with a click of a button. Affordable and easy top of the line technology. Providing you with peace of mind and sense of security you deserve. At Mr Surveillance we focus on the best service and products available.

View all articles about Wireless Security Camera in Sacramento

Our goal is to provide the most professional installation and service of security cameras, remote access, access control systems, security alarms and video surveillance systems for every residential and commercial application.

I have used Mr Surveillance for NVR security camera systems in all 6 of my stores. I am very happy with their professional installation service. I had a situation at my Sacramento store in the middle of the night, Ed my service technician was fast to respond, he helped me with the system at no charge. I would recommend Mr Surveillance to anyone who is looking for more than just a DVR security camera installation in Sacramento.

I would like to thank, Mr Surveillance for the an awesome security system system installation at my Aunt Linda’s home. She has dementia can’t live totally on her own. She worries about; burglars, neighbors, or every complete stranger that passes by the front of her house. We have pretty big family, but we can only look in on her so often. Now we can look in on Aunt Linda at any time night or day. The awesome part is we can actually see and talk to through the system and she can talk to us, with out having to psychically go there. When we see is not looking right, we chat through the system. Your camera system has provided our family with a great service. Really, this means our Aunt Linda can continue to live on her own in her own home. The cost for our system, is next to nothing in comparison to the independence it provides her with… Thank You

They did everything they said they would in a professional manner, respected my property, respected my time and great prices. $100 bucks per camera installation. They act like service professionals are suppose to.

They installed our security cameras in our office and warehouses. They have always arrived on time and responded quickly whenever we had issues or questions. I will recommend these guys to any of my friends. Thanks, Tom